We have a lot of great cooks in my family, but whenever something sweet is called for at a family gathering, it usually falls to me, which I love.

For my grandpa's 75th birthday party, he requested that I make the cake, saying that the cake I made for Easter was the best cake he had ever had (he says that about everything I make). Since I'm kind of lazy, I decided to dress up a box of cake mix, rather than make the whole cake from scratch, and I must say, it was as delicious as a homemade cake.

I started with a box of Duncan Hines devil's food cake mix. I chose devil's food because it's richer and darker than other chocolate cakes. I made the cake according to the directions, except instead of the cup of water it asked for I substituted 1/2 cup of coffee and 1/2 cup of buttermilk. I baked them in two 9-inch pans. I used my standard buttercream recipe and added 3-4 tablespoons of cocoa powder and a couple big spoonfuls of peanut butter to make a fantastic chocolate peanut butter frosting. The cake was a hit! (There wasn't even any leftover.) My cousin Dominic then asked if I would make his birthday cake. 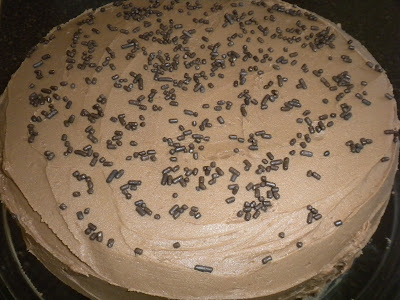 Dominic said his favorite cake was strawberry, so I picked up a box of strawberry cake mix and mixed it according to the directions and added a teaspoon of almond extract for extra flavor. I made two 9-inch round cakes again, and used strawberry preserves instead of icing for the middle layer. I used the same buttercream recipe, but left it plain vanilla and dyed it blue, to make the pink cake less girly. Unfortunately, I dropped the cake while I was frosting it (the cake was fine, the plate protected it from the floor), and it didn't end up being so pretty, so I don't have a picture of it. It was tasty though!

Posted by Unknown at 7:42 PM No comments:

What is Rex Manning Day, you ask? Well, one of my all-time favorite movies, Empire Records, takes place on Rex Manning Day. See the movie is about this record store that is selling out to some gross corporate chain and the ever so loyal, lovable, and quirky employees try to prevent this from happening. Rex Manning is a washed out, has been pop star who is signing records in the store on this epic day. Everyone hates Rex, except for Cory, who plans on losing her virginity to him, but doesn't end up going through with it (thank goodness!). So there it is. Happy Rex Manning Day, and if you haven't seen Empire Records, I highly recommend you do so! Cheers! 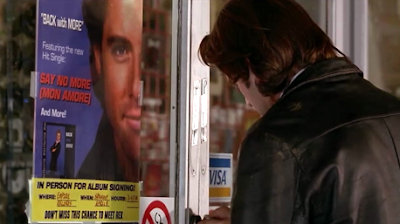 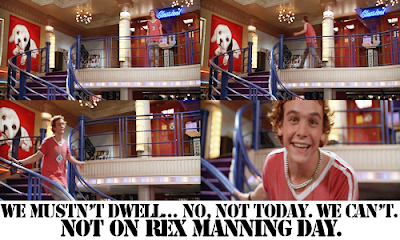 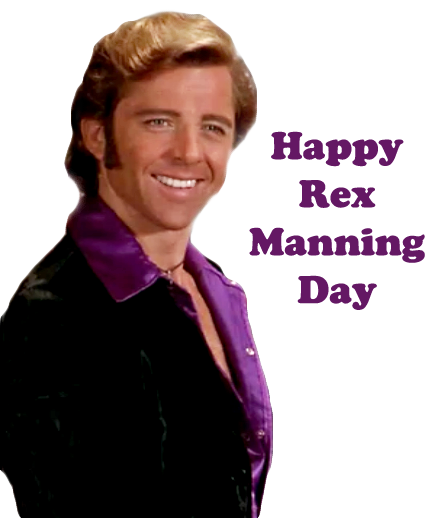 Posted by Unknown at 4:44 PM No comments:

It's no secret that I love avocados. I'm always looking for new ways to incorporate avocado into my meals, and when I saw this recipe, I had to try it. I was not disappointed! This breakfast pizza utilizes a pita for the crust, mashed avocado base, topped with a fried egg and garnished with crumbled bacon and cheese, if you like. I used center cut bacon and goat cheese, but it would be good even without them. The whole thing came in at about 400 calories, which is more than a typical breakfast for me, but still in the healthy range. 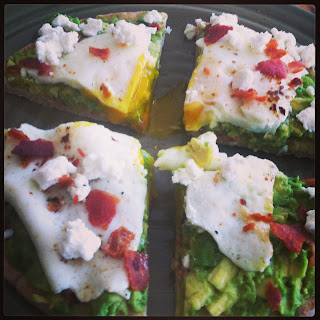 Posted by Unknown at 9:28 AM No comments: