the night before last our city was hit with they snowpacalypse and the entire city pretty much shut down. we just don't get snow here in southern New Mexico and nobody knew how to handle it. so school has been canceled for the past two days (yay 5 day weekend!) and many businesses have also been closed. this is a bit inconvenient for those of us who wanted to go out for lunch and a beer after sledding, but at least he sledding was fun. i even got interviewed and was on the local news! the power has been blacking out, which is not so fun, and also inconvenient. people are complaining about the snow and the cold but i think it's nice to have a change of pace, even if it does seem like the world might be coming to an end. 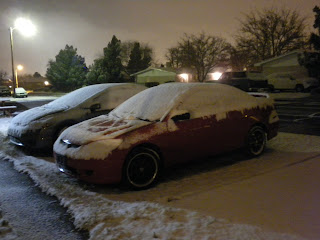 the sky was not even dark at night... so weird. 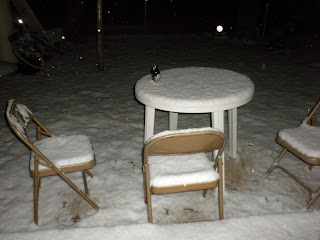 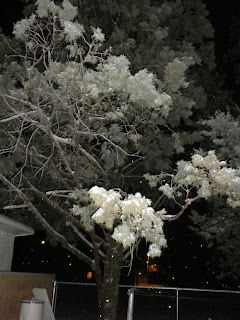 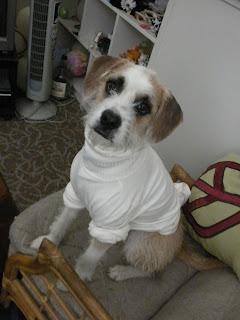 we took Keyser sledding with us. she had a blast. 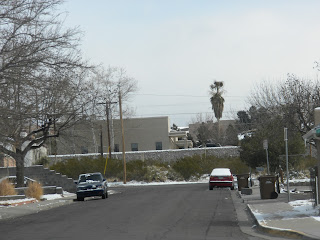 there should be mountains, but you can't see them for the clouds.
Posted by Unknown at 12:44 PM